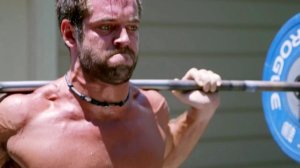 What is Complex training?

Similarly to plyometric training, complex training originated from the Soviet Union with the first journal article being written about it by Fleck and Kontor in 1986. Complex training, or Post activation Potentiation (PAP) is the combination of a high intensity exercise with a heavy load, such as a Back Squat, to a speed strength or explosive training method such as plyometrics or a sport specific explosive movement (Beachle & Earl, 2008; Gamble, 2010).

Post-activation potentiation is the correlate between fatigue and performance where, muscular force is improved as a result of previous contractions (Tillin et al 2009). The previous contractions cause an increase in potential contraction force due to the increased level of neurones sent through the synaptic nerves. This is similar to the effect of the Stretch shortening cycle mentioned in this Plyometric training blog. Due to a higher force of contraction being in the muscle, neurones are sent to the muscle that fire up the Central Nervous System (CNS) pattern associated with the performed movement. The issue for the coach and athlete is finding the balance between the fatiguing of the muscles and the optimal time for an increased training stimulus after a heavy lift.

Movement combinations can include:

Factors affecting the use of Complex training

Baker (2003) demonstrated with 16 rugby players, who had at least 1 year of resistance training experience, that the strongest members of the group bettered the improvement made by those who had low levels of strength. So it is recommended that athlees don’t engage in complex training until they have a recommended level of strength (Ebben and Watts, 1998). Beachle and Earle (2008) also suggest that despite it’s enhancing evidence it may inappropriate for novies and youths.

A very important consideration when carrying out complex training is the rest period between the heavy lift and the explosive exercise (Ensen and Ebben, 2003). As carter and Greenwood (2014) demonstrate, research has shown ranges of complex training rest intervals to range from 30 seconds to 24 minutes. Comyns et al (2006) suggests a 4-minute rest interval is optimal for exploiting the PAP response with 1 to 4 minutes or less showing no improvement in muscle force output. However, studies have also shown 8-12 minutes to be effective for taking advantage of the PAP response. (Bevan et al, 2009). However, due to the training environment it may be necessary to find a balance between the two as athletes will not want to be waiting around to continue with exercise, so it may be necessary to find a compromise of 4-8 minutes for the athlete, however individual differences will play a role so therefor it is important to test to see how best the athlete responds to the stimuli.

Weight of the Heavy Lift

Carter and green wood (2014) suggest that a weight no less than 85% of 1RM should be used during this phase of complex training, so based upon Beachle and Earles (2008) table of reps, no more than 5 repetitions should be done of the exercise.

My experiences of Complex training

My sport is Football, so therefor I had to find a suitable complex pair, which matched the movement of kicking a ball, so it had to be unilateral and have a follow through type action. I decided to use the complex pair of a Forward lunge and a one legged box jump

As part of the load phase, I perform a forward lunge with the bar in the front rack position with a weight above 85%  of my 1RM, in this circumstance, 5 reps. I then wait 5 minutes to perform the explosive movement phase, which is the one legged box jump.

Complex training attempts to increase the training stimuli encountered by the athlete as to increase performance and with effective recovery (see here for my recovery blog) it can increase have a greater long-term effect. However, if an athlete can become accustomed to it’s uses and can control the variables of complex training there is no reason why the athlete cannot use prior to short burst of explosive type activities as the final part of their warm up ie: 100m, Long jump or even in situations such as the NFL Combine where athletes are tested for their physical abilities.